The key characteristics of blockchain

The key characteristics of blockchain and its relevance to the global markets, both now and in future.

Blockchain is a digital, decentralised, distributed ledger that provides a way for information to be recorded, shared and maintained by a community.

Broadly there are three levels of blockchain utilisation;

Storage of digital records: Blockchain can be used to store digital identities of individuals, organisations, assets, titles, voting rights, and essentially everything that can be represented digitally.
Exchange of digital assets: Blockchain can execute peer‑to‑peer transactions without trusted third‑party intermediaries, reducing clearing and settlement times and costs.
Recording and executing smart contracts: Blockchain can use digital codes to enable the automated execution of specified actions based on contractual conditions as validated by all parties. Smart contracts provide clarity and maintain trust between all parties. This approach reduces the chance of clerical errors and outright fraud.

Understanding of and interest in blockchain is variable

There is significant interest in blockchain at the C‑suite level, with global investment exceeding US$1.7 billion in the last three years. Market research firm Gartner estimates that blockchain’s business value‑add will grow to US$176 billion by 2025 and exceed $3.1 trillion by 2030.

Blockchain has gained attention as the technology that underpins cryptocurrencies such as Bitcoin and Ethereum, among others. The interest in the potential of cryptocurrencies to disrupt existing currency norms, along with the security, record‑keeping and trading capabilities of blockchain technology, means that the financial services industry has been an early adopter. As a result, financial services account for a significant amount of the current investment and activity in blockchain.
However, a survey by Deloitte revealed that other industries are becoming even more aggressive in pursuing blockchain strategies. The report highlights that concepts, prototypes and investments are emerging in every major industry.

The figure below provides an overview of how blockchain works by utilising a peer‑to‑peer network to transfer and secure data. 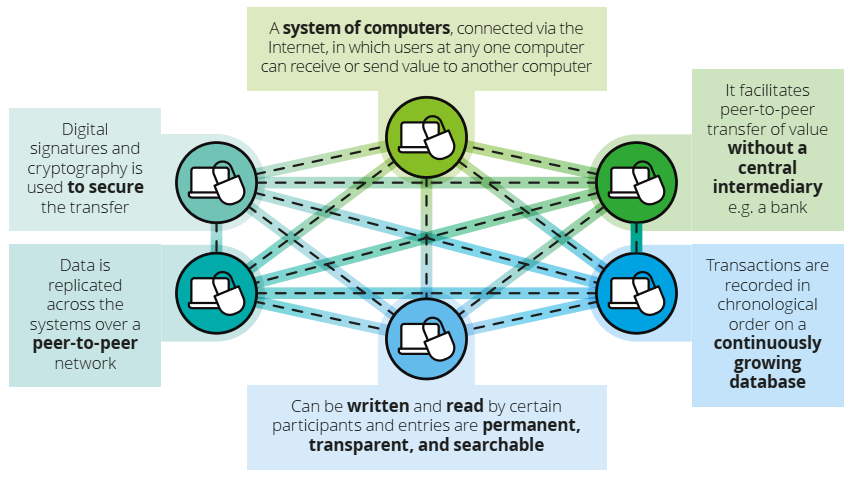 Overview of a Blockchain

In addition, a survey of executives in the consumer products and manufacturing industries expressed the most bullish blockchain outlook, with 42 per cent planning investment of at least $5 million in the coming year.

Some organisations have already identified the potential use and benefits of blockchain technology to solve complex problems and generate new opportunities. Due to the complexity of implementation and limited in‑house expertise, there are also a number of partnerships being formed to develop new use‑cases across the industry. However, despite the excitement about the technology, uptake of blockchain remains extremely varied. One of the main barriers to adoption remains a lack of in‑depth knowledge at the C‑Suite level.

Discussions with businesses suggest the majority of executives are currently aware of the concept and benefits of blockchain on a broad level but lack specific and detailed understanding of potential applications. Nor do they know which applications are most relevant and valuable to their business. 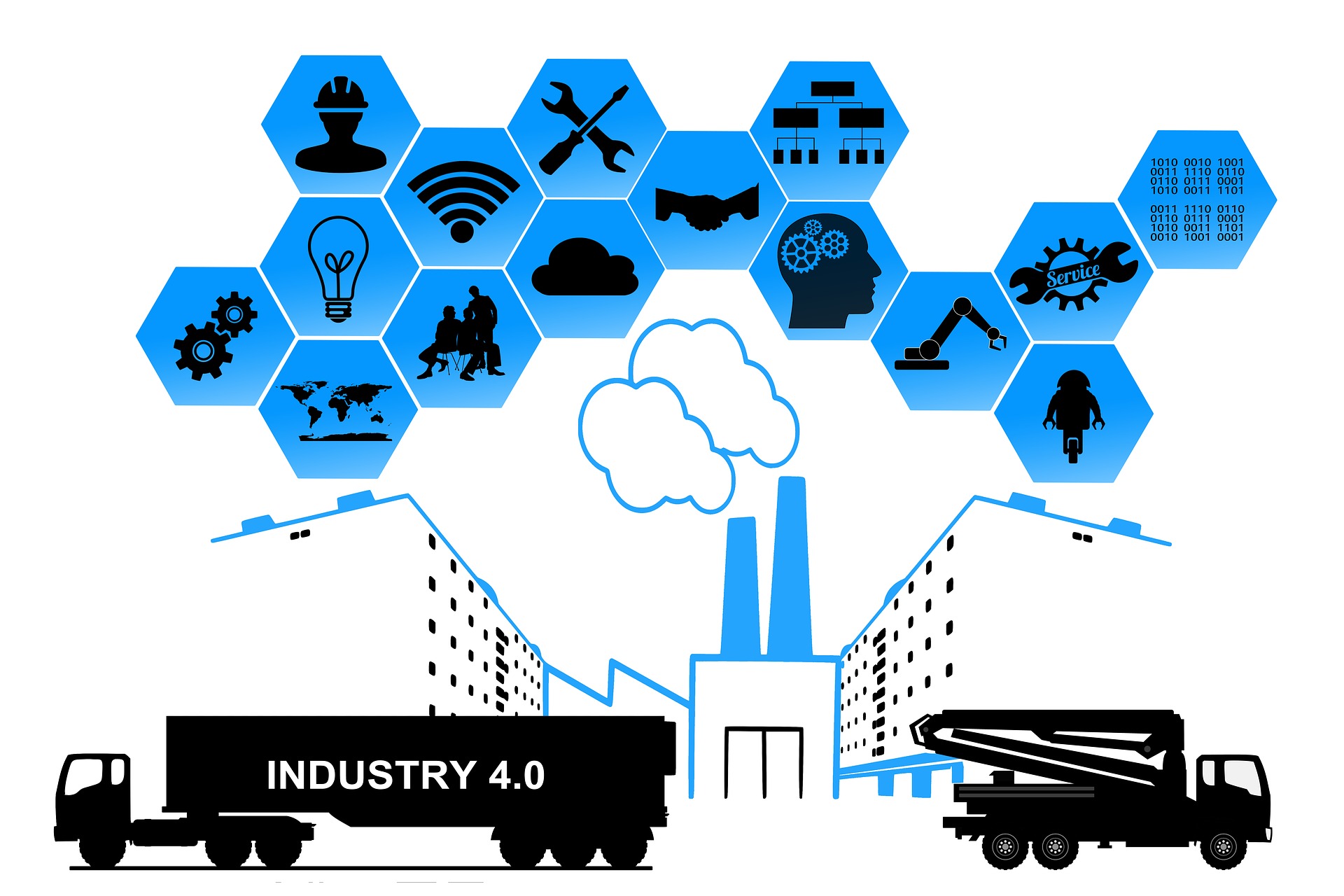 Adapt or die: How business must adapt to Industry 4.0